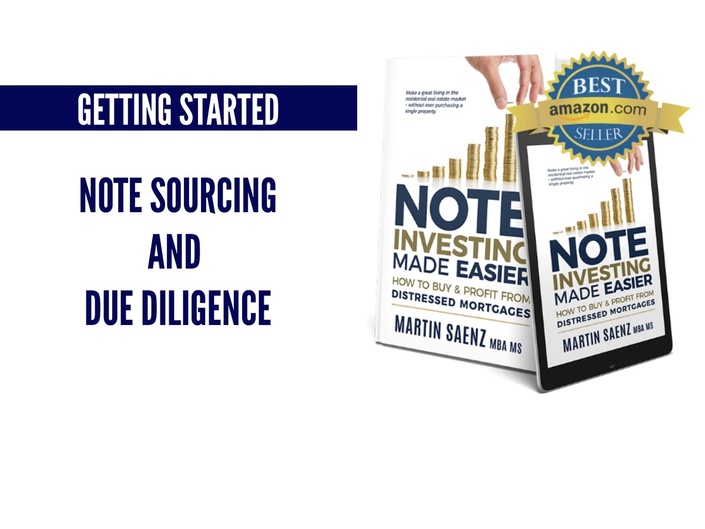 The coupon code you entered is expired or invalid, but the course is still available!

From the Author of the #1 Bestselling Book 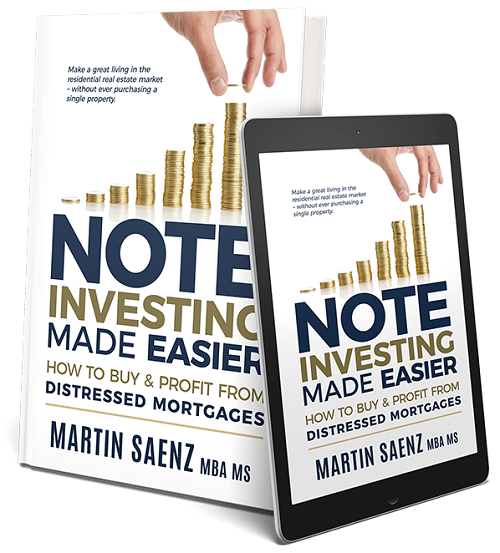 Martin Saenz and his wife Ruth added distressed mortgage notes to their portfolio of residential and commercial real estate investments several years ago and have been averaging a 30%+ ROI ever since.

In this course Martin thoroughly explains his meticulous, systematic approach to this unique marketplace and explains how anyone can:

If you have ever considered investing in distressed mortgages but were put off by the steep learning curve, this is the course for you!

Testimonial from Warren Ginn on this Course

Warren recently took the Note Investing Sourcing & Due Diligence Course and produced a video on his experience. 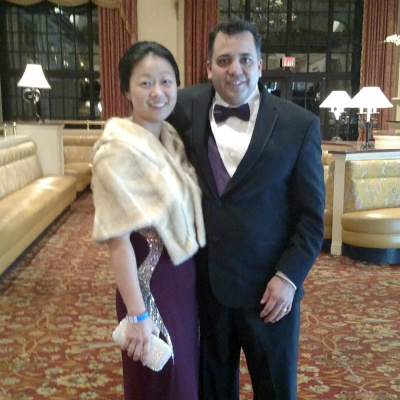 Martin Saenz holds a Master of Business Administration from Drexel University, and a Master of Science in Project Management for George Washington University.

In 2004 he was fired from a corporate job he hated and, along with his wife Ruth, founded a government contracting company in the basement of their home.

Over the next ten years, as they were building a multi-million dollar federal contracting company, Martin and Ruth began using their profits to purchase residential and commercial rental properties in the Washington, DC area.

In 2013, Martin invested in a live, two-day workshop on note investing, and immediately began applying what he learned to his own investment portfolio.

On May 1, 2017 Martin's first book, Note Investing Made Easier, debuted at #1 on Amazon. Since that time he has been traveling the country sharing his method of profitably turning non-performing notes into 30-year income streams.

His quarterly, live two-day workshops command $2,000 ticket prices for those lucky enough to get one of ten seats in the room. Many other prospective students would like to attend, but can't find the time in their calendar or afford the costs of travel and accommodations.

This is why Martin created this online course. So that anyone, anywhere in the world can have access to this life-changing information at a price they can afford, and at the time and place of their choosing.

Martin Saenz, his wife Ruth and their four children reside in Northern Virginia, outside of Washington, DC.

When does the course start and finish?
The course starts now and never ends! It is a completely self-paced online course - you decide when you start and when you finish.
How long do I have access to the course?
How does lifetime access sound? After enrolling, you have unlimited access to this course for as long as you like - across any and all devices you own.
off original price!

The coupon code you entered is expired or invalid, but the course is still available!